There are different ways to settle your debts for less than owed. Let’s leave aside for the moment the fact that these services, when not offered by a licensed Missouri attorney, are sometimes illegal in Missouri. It’s usually a good idea — that won’t work.

If you can settle up with all or virtually all your creditors and get back on track then that might be the way to go. But it only really does you good if you can get all your debt under control this way — quickly.

Settling small accounts, leaving the bigger ones, feels good but doesn’t do any real good. Settling your debts by selling, borrowing against, or cashing out assets — like retirement accounts or home equity — makes you poorer for the future.

Paying someone else to negotiate debt settlements can be bad idea. There are hundreds, possibly thousands, of such services on the Internet. You can do the same thing, for no fee. They provide no protection if your creditors don’t cooperate, and they sell with misleading or completely false information about the effect on your credit, not to mention misleading information on bankruptcy.

Most “settlement” services ask you to put in a payment each month to build the funds to make settlements with your credit cards. When there’s enough money in the account, they’ll settle a credit card, then move on to the next. Now think: Your debt is growing at 20-30% per year, plus all sorts of fees. Can you put away money faster than it grows? No one can. So only the smallest cards will ever really get resolved this way. Think the service won’t be paid? Think again!

Keep in mind as well that the “forgiven” debt you owed may have to be reported to the IRS and State with a 1099C as income to you. Unless you prove to the tax authorities that you were insolvent, you will owe taxes on this “phantom income.”

Finally, most of these services guarantee no results except they’ll cash your check. And even though they could be acting illegally when dealing with Missouri consumers, they normally have an arbitration clause in their contracts. The arbitration clause means you are not supposed to be able to sue them in court but have to go to a private arbitrator to try to get your money back. Assuming they’re still in business when you finally realize you got ripped-off. 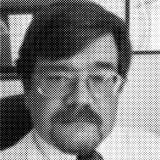